Rick Valentin spent a good part of the past 30 years touring and recording with the indie guitar group Poster Children. He also spent the '90s playing synthesizers with the instrumental electronic combo Salaryman. Thoughts Detecting Machines is Rick armed with only a guitar and laptop, building loops into songs that are simultaneously emotional and mechanical.

Like most musicians, Rick spent 2020, hunkered down in the studio, waiting out the storm.

Over the course of the year he recorded 16 songs, half instrumental, half vocal, that range from 80s style sprechgesang to psychedelic pop, from spaghetti western soundtrack to electro krautrock.

That Was The Year That Wasn’t is a double-LP compilation of those songs, released under the moniker of Thoughts Detecting Machines on January 1, 2021. 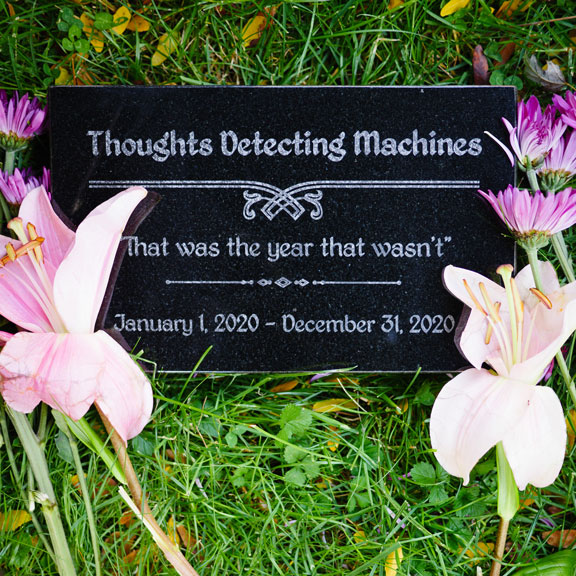